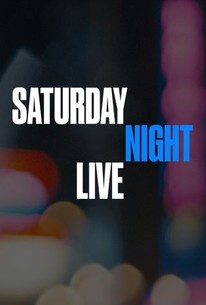 This inaugural test run may have been a failure, but it's certainly not a death wish. All eyes will most likely be on Che as the season continues.

It was a good opener, sporadically very good.

Toward the end of "Weekend Update," Pete Davidson, the latest addition to the cast, and the youngest - he's the first SNL'er born in the '90s - showed up. The material was great.

Staring at itself in the bathroom mirror at age 40, SNL definitely looks its age. And though there is nothing wrong with an existential crisis every decade or so, there are warning flags that what got us to this point, may not get us to 50.

The episode was made solid by a few surprises and a few explosive performances.

What we hope for are a few good sketches, one terrific taped parody, a couple of flattering showcases for the guest host, and, if we're lucky, an entertaining music act. By this modest measure, the 40th-season premiere was almost very good.

Striding into the show as the superstar that he is, Pratt's desire to be one of the gang was endearing, if not especially memorable.

There are no featured audience reviews yet. Click the link below to see what others say about Saturday Night Live: Season 40!