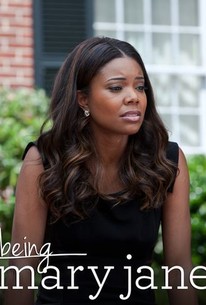 In Season 4 of "Being Mary Jane," Mary Jane (Gabrielle Union) decides to take control of her future by seeking out new challenges in New York, but her old habits aren't far behind. Meanwhile, Niecy (Raven Goodwin) struggles to manage people's expectations of her successes; and Mary Jane finds herself being primed for a top spot by Justin (Michael Ealy), but his plan puts Kara (Lisa Vidal) and their friendship in jeopardy. Elsewhere, Lee (Chiké Okonkwo) pushes Mary Jane to make big decisions about their relationship; and Patrick (Richard Brooks) gets involved with a troublemaking activist. Guest starring Senator Cory Booker.

[It] gave Gabrielle Union's character everything she's ever wanted - just not quite how she expected to get it.

Being Mary Jane is back, y'all!

Although the ending to the fourth season of Being Mary Jane wasn't as scary or gut-punching as others have been, it's arguably the most important of them all.

Being Mary Jane Season 4 is bold and sexy with a lot of new opportunities to keep the show fresh and exciting.

Mary Jane may have been designed to speak to a specific audience, but her story and the bites of wisdom integrated within each episode are timeless and universal.

We don't love [Mary] because she's off the rails. We love her because, sometimes, she's us.

There are no featured audience reviews yet. Click the link below to see what others say about Being Mary Jane: Season 4!

Discuss Being Mary Jane on our TV talk forum!