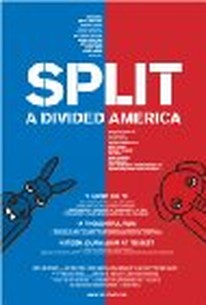 In an era where partisan politics seems to have split America right down the middle and political debate can grow so heated that most folks choose to avoid the topic altogether, filmmaker Kelly Nyuks travels from coast to coast in order to find out why political discourse regarding public affairs has become so disconnected. What does it mean for the future of our country when we can't even discuss our political differences in a civil manner anymore, and who has the authority to say what's truly "right" or "wrong" anyway when it comes to such hot button issues as abortion and gay marriage. In the run-up to the November, 2008 presidential elections, Nyuks attempts to answer all of these questions and more by interviewing such noted political commentators as Tucker Carlson, Noam Chomsky, Jesse Jackson, and Robert Putnam, and engaging people all across the country in a constructive dialogue about politics in general, and the potentially destructive effects that political partisanship has had on American society as a whole.

There are no critic reviews yet for Split: A Divided America. Keep checking Rotten Tomatoes for updates!

There are no featured audience reviews yet. Click the link below to see what others say about Split: A Divided America!