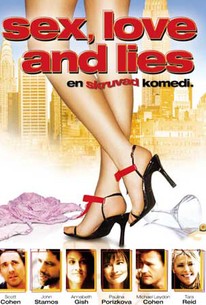 John Stamos and Tara Reid star in this sizzling romantic comedy, which is like a male version of "Sex and the City." The hilarious story revolves around a sexy lawyer (Paulina Porizkova) who seduces a married couple (Scott Cohen, Annabeth Gish) as well as the husband's two best friends. Greg Lombardo directed.

Cynthia Vance
as Receptionist
View All

...there's no denying that Stamos' scene-stealing performance is the most enjoyable aspect of Knots.

Taken as not much more than a feature-length adult-oriented sitcom, Knots is more than enjoyable enough to warrant a visit.

An OK movie about relationships. John Stamos isn't half bad as a philandering photographer.