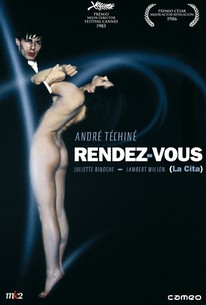 Juliette Binoche teams with Lambert Wilson in this erotic drama. Binoche plays Nina, the young lady friend of timid Paulot (Wadeck Stanczak). Though she intends to be true to Paulot, Nina falls hard for his roommate, Quentin (Wilson), a thoroughly self-centered actor who performs in live sex shows. After a torrid affair with Nina, Quentin dies under questionable circumstances. Nina's search for answers to Quentin's sudden death leads her to Scrutzler (Jean-Louis Trintignant), the theater director who'd once cast Quentin in +Romeo and Juliet. Scrutzler has likewise suffered a terrible loss in his life: his Juliet was also his wife, who also died unexpectedly. Apparently, it was the wife's death that led to Quentin's demise. On impulse, Scrutzler casts the inexperienced Nina as Juliet -- and before long, both unhappy souls find a common emotional ground.

Caroline Faro
as Juliette
View All

Dripping with moist bravado and sexual insight,a provocative illusion by Techine on the sharp edge of his career and beginning of creative roll.Binoche blasts the screen in a classic performance,commercial failure but critical applaud,post-modern theater/cinema interaction and one of the seminal films about sexual frustration and need.