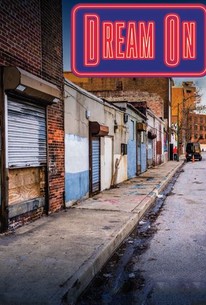 John Fugelsang retraces the steps of Alexis de Tocqueville, whose 1831-32 travels in the U.S. led him to write "Democracy in America," which popularized the notion of the American dream. Fugelsang's quest: to see whether the dream still exists or if, as George Carlin joked, "you have to be asleep to believe it." Along the way, he meets a diverse lot, including folks struggling to overcome setbacks and others who've succeeded despite steep hurdles. Almost all, perhaps quixotically, still believe.

Critic Reviews for Dream On

There are no critic reviews yet for Dream On. Keep checking Rotten Tomatoes for updates!

There are no featured reviews for Dream On at this time.