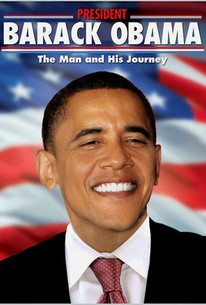 "Yes we can!" was more than a slogan for the Obama campaign; it became a rallying cry from all reaches of America for economic and social change throughout the country, and led to the historic election of the first African-American President of the United States. Narrated by Blair Underwood, this retrospective retraces the Obama campaign and its defining moments.

Critic Reviews for Barack Obama: The Man & His Journey

In standard docu fashion, we learn about the Obama's roots, his passions and his dedication to be a man of the people.

There are no featured reviews for Barack Obama: The Man & His Journey at this time.